We believe that all children and young people should have a voice. Behind every young person we work with there is a story, which they are best placed to tell. They might not have decided the beginning, or the middle, but they can re-write the ending.

My mum was diagnosed with lung cancer in 2013. Her treatment would leave her weak and in and out of hospital on a regular basis. Throughout it all, she always remained in high spirits, showing greater concern over whether there were enough clothes to justify a whites wash. We never had a reason to be anything but optimistic with the treatment and her doctors were confident that she’d make a full recovery.

So, when my mum went into hospital on the 29th of November 2013, I didn’t think of it as anything more than a temporary stay. I phoned her while I was walking home from school that day to check in, planning what time I’d come in to see her tomorrow because it was a Saturday, and I could spend all day with her. A few hours after I spoke to my mum, my sister called me and told me I had to come into the hospital straight away because mum had taken a turn for the worse. I couldn’t process the words she was saying down the phone, and everything felt like a blur. I sat in the back of a taxi on my way to the hospital, unable to comprehend seeing my mum anything other than full of life.

She was always the one constant in my life. Our relationship was unique in a lot of ways, but mainly because she woke up every day and chose to be my mum. My mum was a foster carer for over 25 years, and she loved every child she looked after like her own. I came into her care when I was six weeks old originally as a short-term placement but as the months went on, it looked more unlikely that I could be reunited with my birth family. My adoption wasn’t finalised until I was 4 but it never mattered to her, she loved me unconditionally and she was the only mum I ever knew. When I was growing up, we were inseparable; if I wasn’t clinging onto her long black leather coat as we walked to the shop, I’d be sitting on her knee dipping biscuits into her coffee.

I’ll never forget that sinking feeling which overcame me as a nurse sat me down and told me my mum wouldn’t make it through the night. I kept pinching myself trying to wake up as if it was all just a bad dream, I couldn’t believe it was really happening. My mum was the most vibrant person I’ve ever known. It was impossible to be around her without being completely enamoured by her energy, her laughter was contagious, she could talk for Scotland and still never run out of things to say. I couldn’t wrap my head around how such an extraordinary soul was now lying in a coma in a hospital bed wilting away in front of me. At the start of the night, I was wishing to just have five more years with her, by the end of the night I was begging for one last conversation to hear her voice.

I was 14 when mum died, and it felt like every fibre of my being had been ripped apart. I don’t have the words to articulate the pain I felt when it happened, it’s incomparable to anything I’ve ever felt and probably will ever feel again. I hadn’t just lost my mum; I had lost my second chance at having a family. I went from having an unconditionally nurturing maternal figure to having to adjust to the strained dynamic of living with my brother and sister. I watched the home my mum crafted with love turn into nothing more than a house on the street. I isolated myself from people because I didn’t know how to communicate what I was going through. I focused on getting into uni so I could move away from where I grew up and I’d never have to walk past a place that reminded me of her again. I blocked out all our memories because it was too painful to relive what I once had. Everyone thought I was so strong for just “getting on and dealing with it”, but I wasn’t dealing with it – I was running from it.

I let my grief eat away at me for years, creating a void that I tried to fill with anything that offered a distraction. I was stuck in a cycle of avoidance and resentment, developing unhealthy coping mechanisms to mask my pain. When I finally reached breaking point in 2019, I could no longer escape my grief. I started counselling through my uni and finally began to unravel the pain I had worked so hard to suppress. I slowly began to heal from the suffering I thought I’d never get over and I learned how to be happy within myself. I stopped being so self-destructive, stopped letting other people define who I wanted to be, and stopped being so angry at the world.

On the night my mum died, I didn’t know if she could hear me, but I promised her that if she had to let go, it wouldn’t be in vain and I’d do everything in my power to live the life she wanted for me. Believing in the idea that “everything happens for a reason” got me through my darkest days and gave me hope that something better was coming.

When I started my first graduate job towards the end of last year, everything felt like it had come full circle. I’m leading the National Childhood Bereavement Project which is funded by the Scottish Government and delivered by a charity called includem. I’m working to improve support for children and young people across Scotland with similar stories to mine who have experienced a bereavement. It’s a job that you’d expect someone with a more extensive CV than mine to be doing, but I’m doing it because there’s no one who knows what needs to change better than someone who has gone through it themselves.

I found it difficult to write this because I had to put myself back in the shoes of a terrified young girl unable to see how anything could ever get better. I thought I was broken beyond repair and that I’d never know happiness again. I didn’t realise the anger, sadness and hopelessness I felt were symptoms of grief because I convinced myself that if I didn’t process it, it wouldn’t affect me. I thought I was alone in this journey for years, but now I find comfort in knowing that there’s so many other people who understand what I go through each day. Seven years later, I still think about my mum every day but now I’m no longer resentful at the fact she’s gone, I’m grateful for what she gave me in the time we had together.

I’m sharing my story so others in a similar situation to mine know that they’re not in this alone. For too long death has been treated as an ‘adult’ issue and young people have been sheltered from the conversation. But it affects us all, no matter what age we are.

It’s time that we normalise the experience of being young and being bereaved. We need to truly listen to and learn from what young people say they need. I want this project to be the opportunity to do that, so that the entire unheard group of grieving children and young people have a voice to make a difference.

Denisha’s story is part of a series published by The Unheard Group – find out more on their Instagram page here. 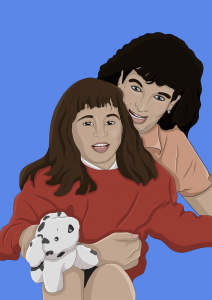 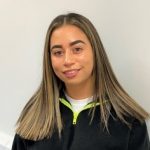