Hoping for something different. Something better.

*Names have been changed to protect their identities.

It is stark how little young people who have both been harmed and who have harmed, trust those whose job it is to protect them. And, listening to their stories it is hard not to agree with them.

Includem are currently supporting a group of young people to shape the development of the standards for Bairns’ Hooses across Scotland. The vision for Bairns’ Hoose is that children will have access to trauma-informed recovery, support, and justice. Something that Scotland’s children have long needed.

Last night I met with Scarlett (13), Hannah (15) and Claire (16) *. All three girls have been involved with social work for some time and in conflict with the Police.

Here are some of the things they told me.

They had all been handcuffed by the Police on at least one occasion.

Scarlett talked about being handcuffed multiple times, sometimes in ways that physically hurt. One Police Officer told her that they cannot wait until she turns 16 so that they could put her in the cells, hopefully on a Friday night of a long weekend so she would be there until Tuesday, when she can finally go to court.

The UN Convention on the Rights of the Child says that even when children break the law they must be treated with humanity and respect for their dignity. The UN Committee on the Rights of the Child says in their General Comment 24 that a child can only be restrained when there is an immediate threat to injury to themselves or others and only as a last resort. Scotland’s Youth Justice Standards calls for the use of handcuffs to be minimised. From the girls’ perspective, this is not their experience.

Another young person said, “If you have had a bad experience of the police in the past, they treat you different, even if you are the victim.” While a third said, “The Police judge you because of where you live and who your parents are.”

All three girls said that they have hardly seen their social worker since the pandemic started. Scarlett has seen three different social workers in recent months, none of them her allocated worker. Claire said her social worker had decided to withdraw much of her support because she was doing well but made this decision without speaking to Claire. Claire questioned how they could know this when they had not seen her in months. All three girls had tried to complain about the support they had received but either no-one returned their call, or they felt the team leader minimised their experience and made no changes.

Scarlett first became involved with Social Work and Police when she made an allegation of assault. She felt she was not believed and that there were no consequences for those who caused her harm. She therefore (wrongly) thought there would be no consequences for her own actions after that and this was the trigger for her coming into conflict with the law. Scarlett’s experience illustrates how our current system often plunges young people even deeper into crisis and creates further trauma.

The Bairns’ Hoose is about making this experience different for children and young people. I fear that our intention for something better will be derailed before we start. How can we ensure children receive the trauma-informed recovery, support and justice hoped for when some have a significant distrust of the people who should be there to support them?

For these young people, they suggest it is about “making small promises rather than big ones they can’t keep”, being given an “assurance that what’s being put down on paper is being listened to” and children with experience of harm and justice being involved in the recruitment of future police officers and social workers.

Full disclosure – I am a social worker and I have been guilty of some of these things. I am not judging; I am hoping for something different, something better. 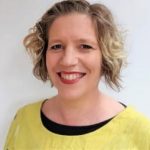